Bottega Louie is one of my favorite places in Downtown L.A.to get treats. My favorite things they have there are macarons and beignets. They have so many treats for anyone who has a sweet tooth. I try to go there every time I go to Downtown L.A. I usually get raspberry macaroons and raspberry filled beignets. 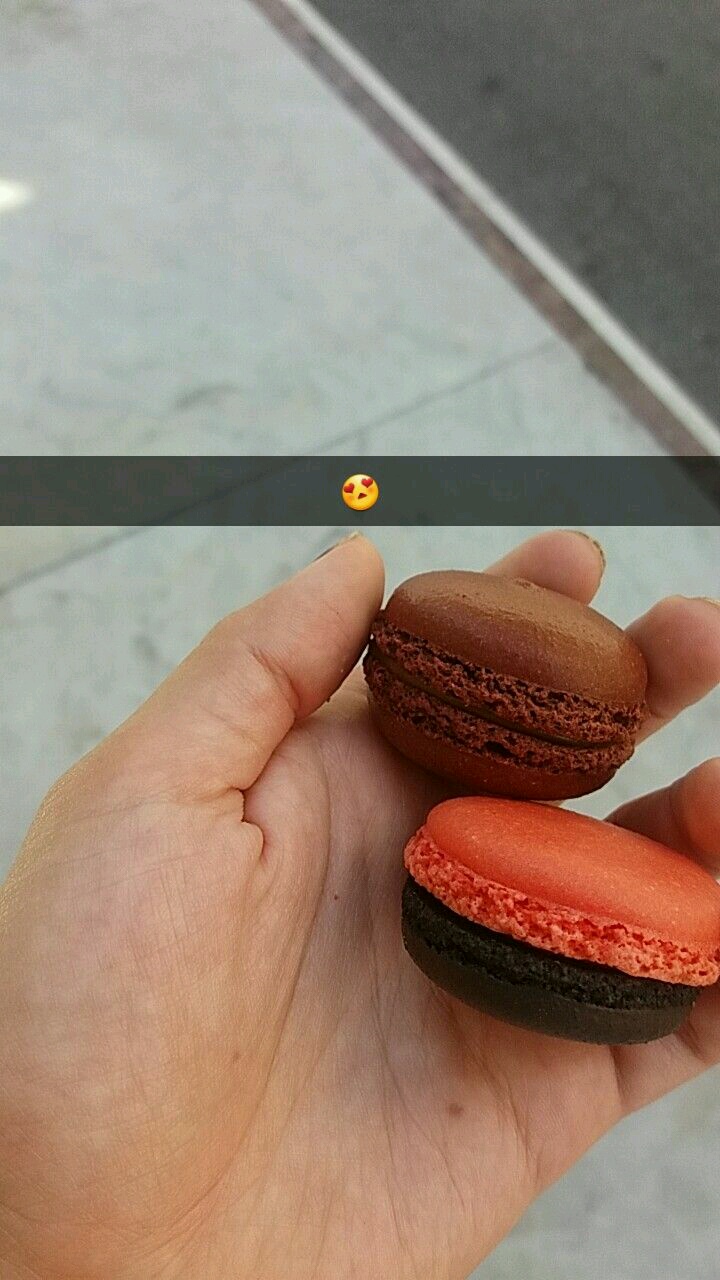 This was my first time going to Little Damage, which was about a block away from Bottega Louie. My younger sister Destiny had told me about it. They have charcoal ice cream and charcoal cones. At first I thought it was strange, then I decided to see why it was so popular. I ended up getting the avocado ice cream, which was vegan. It was so good. I would definitely go again. 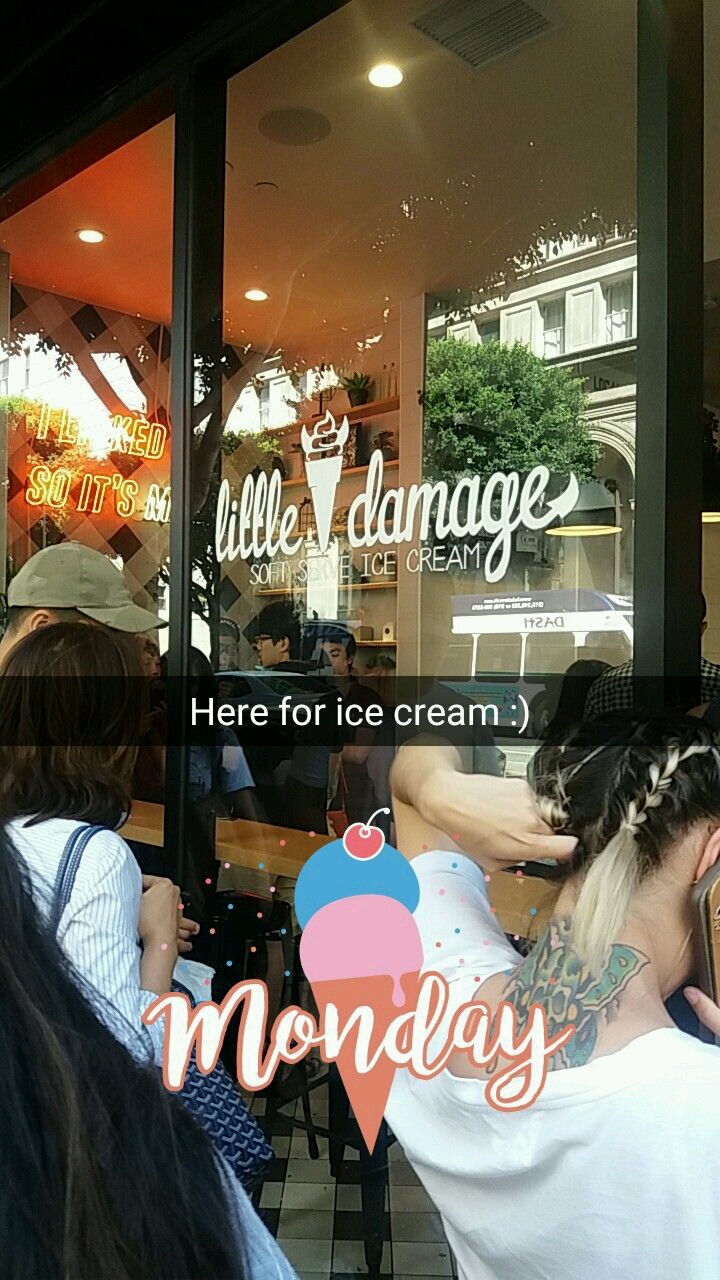 Earlier in the day, I took Angelina and my other sister Aleah to meet Bayley. We waited about 3 hours but it was worth it because my sisters were so happy. Barley had a meet and greet in Compton from 11am to 1pm. After what happened last time when I went to see Charlotte but didn’t get to meet her because we got there too late, I made sure we got to Bayley’s signing as early as possible. We got there at 9am,two hours early, and we were surprised to see that there was already at least 50 people in line. I read my book while we waited and they played around. We finally got to meet Bayley around 1230pm or so. Angelina gave her a bracelet and we went back home. 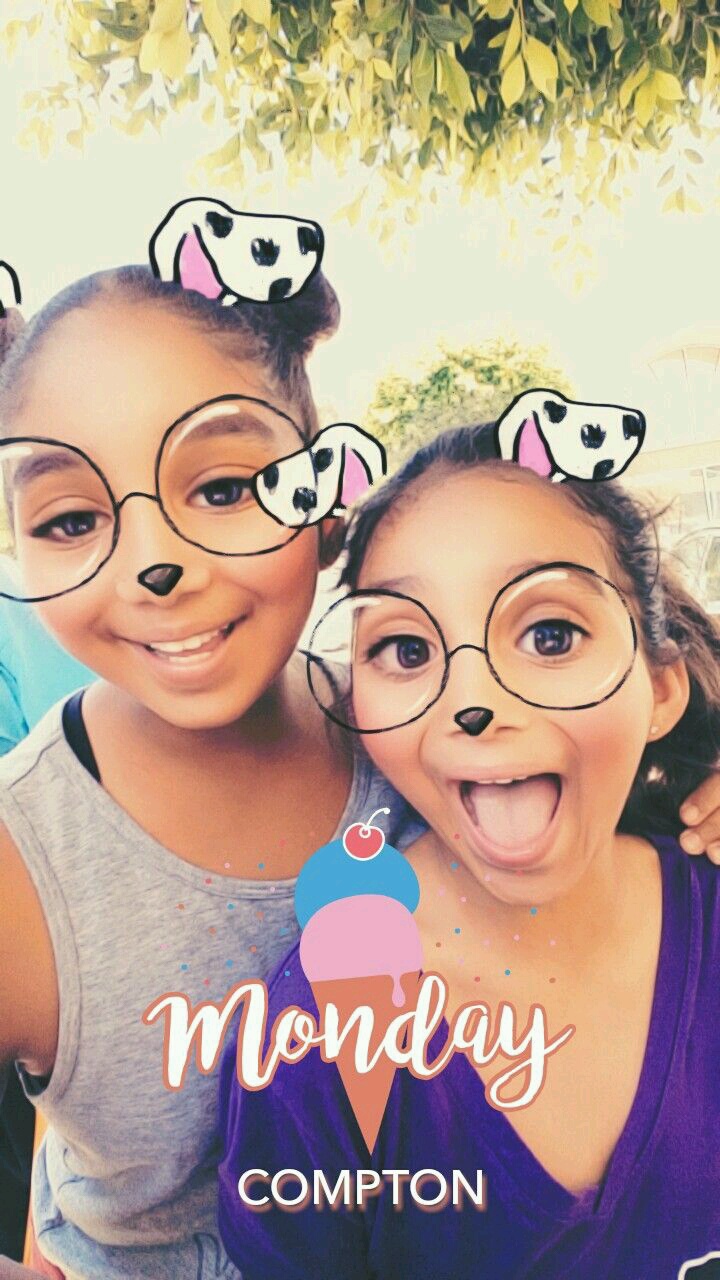 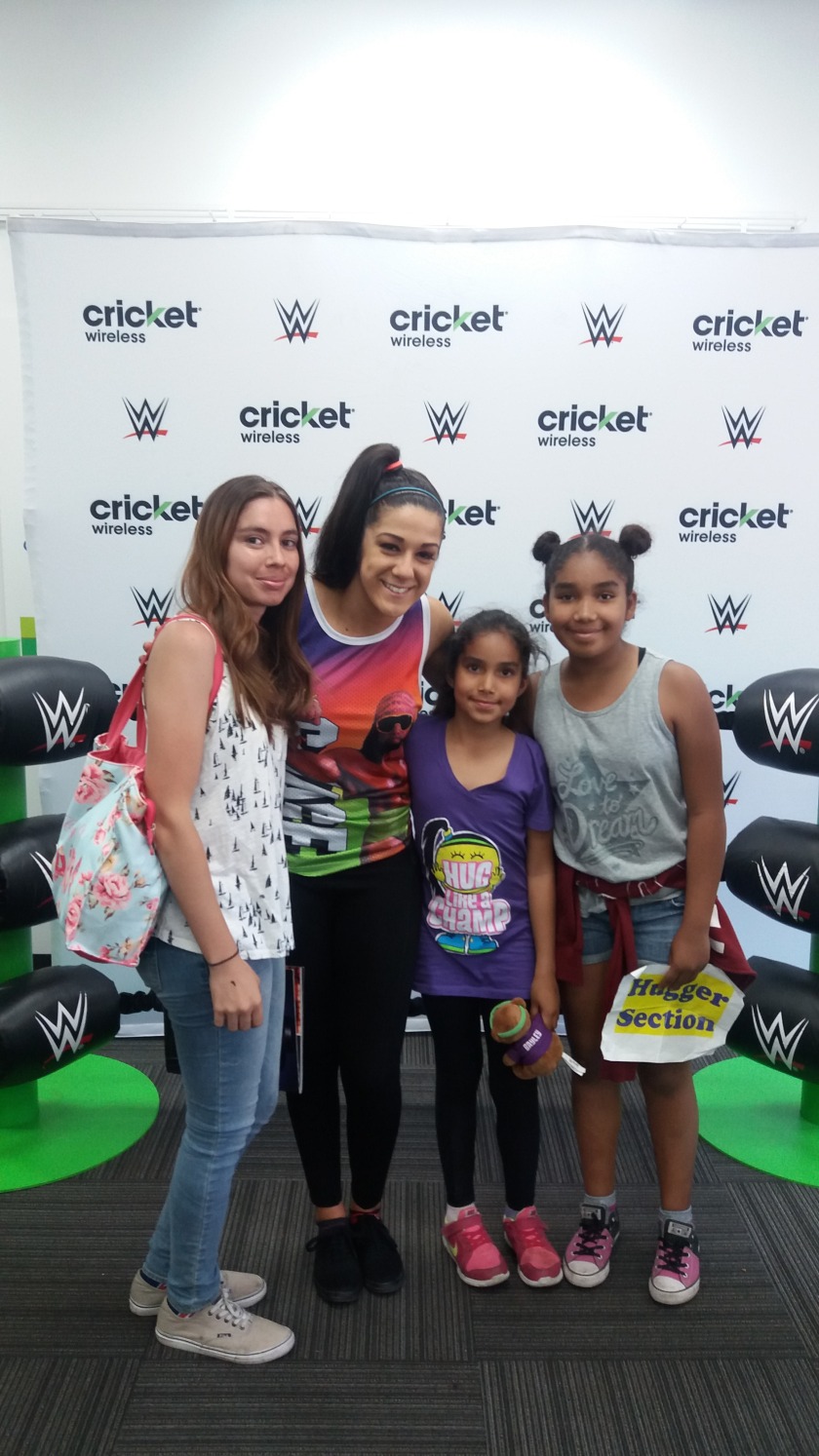 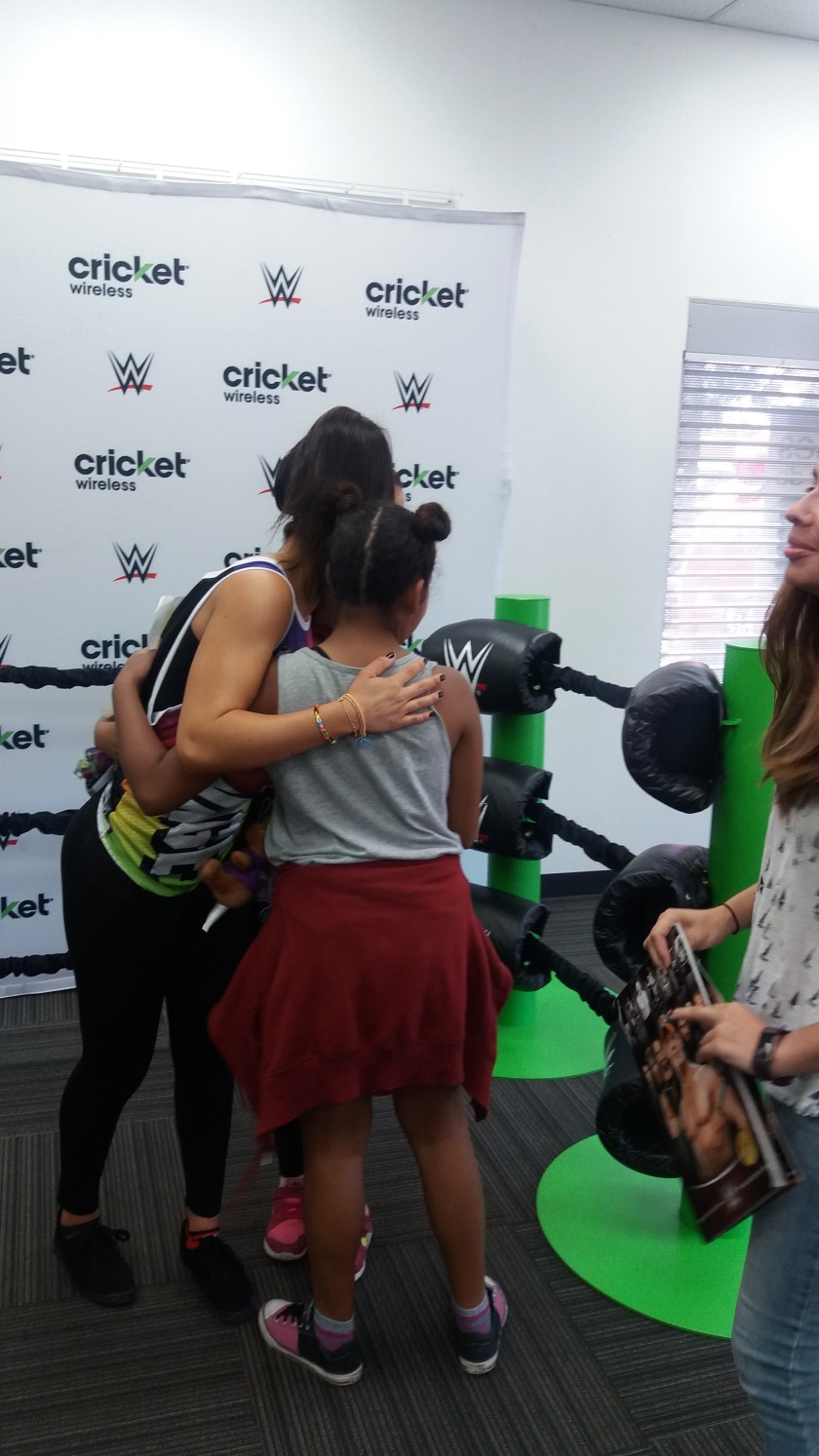 Angelina didn’t know we were going to Monday Night Raw. I kept Tina surprise until we actually went inside the Staples Center. That’s when I pulled Out or Roman Reigns shirts and told her why we were there. Monday Night Raw was fun. We were upset that we didn’t get to see Charlotte or The New Day, but it was cool seeing Cesaro and Sheamus. Angelina and I were both huge fans of Enzo Amore and Big Cass, so we were upset when they split up. For a moment it looked like they were going to fix things but Big Cass attacked Enzo again!

It was also cool seeing the women, Sasha Banks is my favorite on Monday Night Raw. We also saw Ema, Bayley, Nia Jax, and Alexa Bliss. We also watched the cruiserweight division. Neville is our favorite. My sister also likes Cedric Alexander.

Next time we go I will take my sisters Angelina and Aleah. They want to dress up. Aleah said she wants to be Bayley and Angelina wants to be Sasha Banks. I might dress up as well, but I haven’t decided which female superstar I should dress as.