We  got to run through Universal Studios including the Simpsons area, Harry Potter world, and best of all, the backlot where they film movies and do the studio tour. Parts of this course were a little bit tough because we had to run uphill. I used to run in Montebello which has a lot of hills, but now where I run, it’s very flat. It was fun getting to run by where they filmed movies like Jaws, as well as movies like The Grinch Who Stole Christmas.

My only complaint is that we had to be there very early! In order to get free parking you had to be there by 530am, otherwise you would pay $20. I got there around 430am since I had to pick up my race shirt and bib. 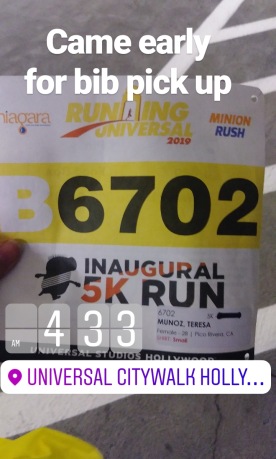 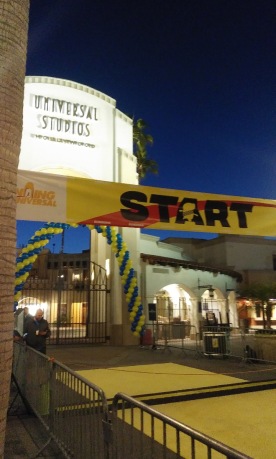 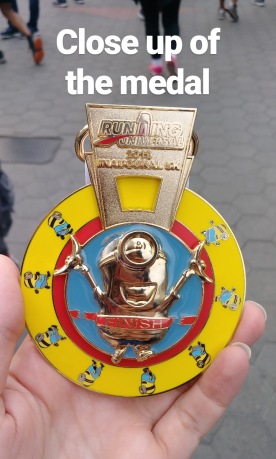 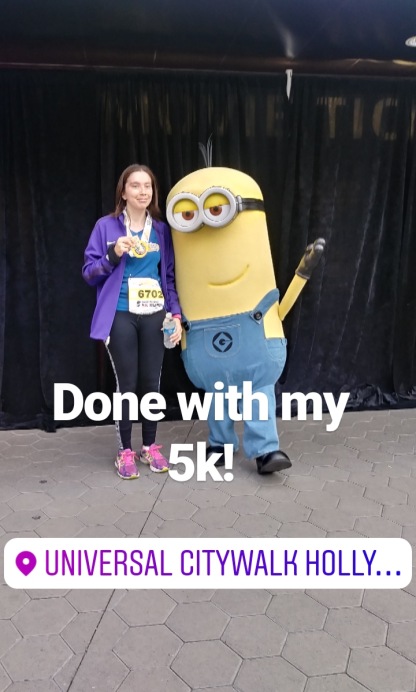