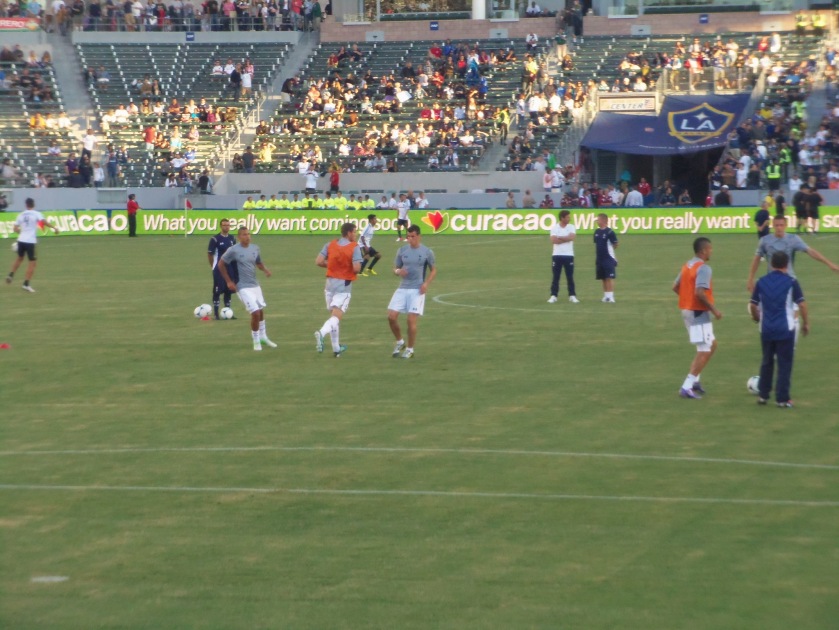 As most of you might know by now, I’m a Manchester City fan.This doesn’t mean that I don’t enjoy watching other EPL teams every now and then. One of those teams is Tottenham Hotspur aka Spurs.

My favorite Spurs player is Gareth Bale. I’ve heard/read some of the things people have said about him, they say he’s a diver, he lied about being injured to get out of the Olympics( maybe he was

just upset about David Beckham not being called up, so he was protesting! lol kidding of course) and I’ve seen people make fun of his appearance. But IDC because I think he’s a great player and very

adorable with his rosy cheeks and his new haircut =P lol

Well, it was awesome getting to see Bale play (in person). It was also cool to see Walker (he’s so fast!)and OMG, I got to see AVB!!! AHH, he’s seriously the most attractive football manager! lol The game was pretty good, I got to see Bale score a goal 🙂 and guess who score for LA Galaxy? Lopes! hahaha yes, I’m serious =P lol The game ended in a 1-1 draw, I’m pretty happy I went to that game.