A few weeks ago, I went to Las Vegas for the week with Giovanna, my travelling partner since 2012. It was my second time going to Las Vegas. It was fun, but so hot! I think it was 105+ every day that we were there. Thank goodness it wasn’t humid.

The last time I went to Las Vegas was in November 2017. That time I went with my family, my mom, three of my sisters, and my grandpa. We stayed at the Circus, Circus hotel. We only went for the weekend and it was because I had the Rock and Roll 5k and Half Marathon. This time, we went to have fun.

We stayed at the Treasure Island hotel. Our room was nice, but we were on the 22nd floor. The view was great, but it felt scary being so high up! In our hotel, there was a gym and a pool. We went to the pool twice and I went to the gym once.

I loved going on the Eiffel Tower at the Paris hotel. It was so awesome being able to see all over Las Vegas, from the strip all the way to the mountains. It was a bit scary to be up so high, but the view was so worth it. I wanted to get on the High Roller, which is a ferris wheel near The Linq, but Giovanna didn’t want to go because of how tall it was.

The highlight of my Las Vegas trip was going to the Backstreet Boys concert. I grew up listening to them,but this was my first time seeing them in concert! I had so much fun, my only complain is that I wish the concert had been much longer! 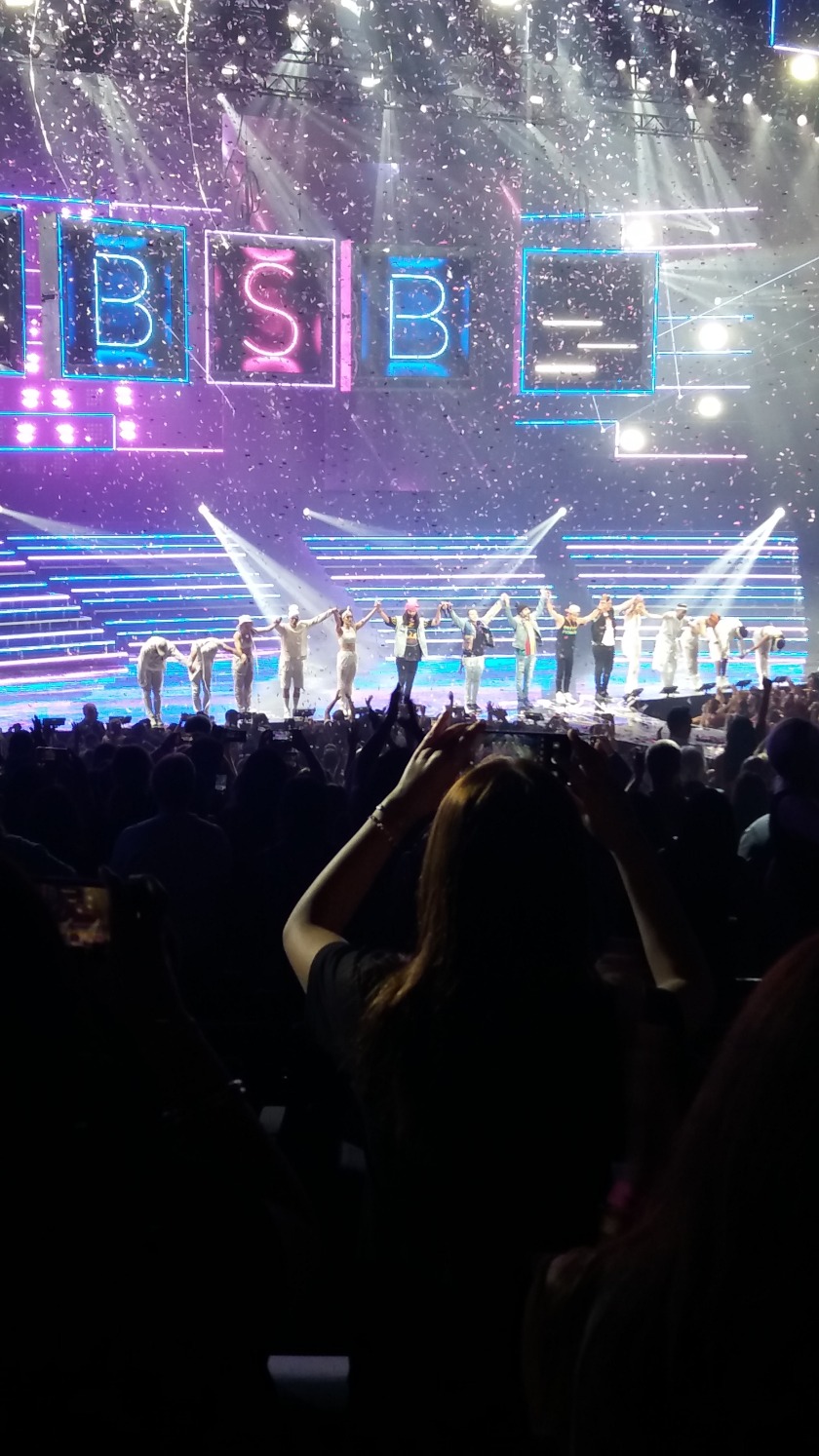 Some other things that we did were go to the ice bar, see the dolphins, lions, and tigers at The Mirage, see the Marvel Station at Treasure Island where they had props from the movies, visit the Welcome to Las Vegas sign, and visit the garden at the Bellagio .

I pigged out so much! One of my favorite places to eat at was called Hash House a Go Go. They have huge pancakes there, big enough for two or three people to share. I got a cake milkshake from Black Tap on the Venetian, a huge slice of pizza from Pinup Pizza next to Planet Hollywood, cupcakes at Sprinkles, and creme bruise at the Venetian . Next time I would love to go to the buffet at the Bellagio. 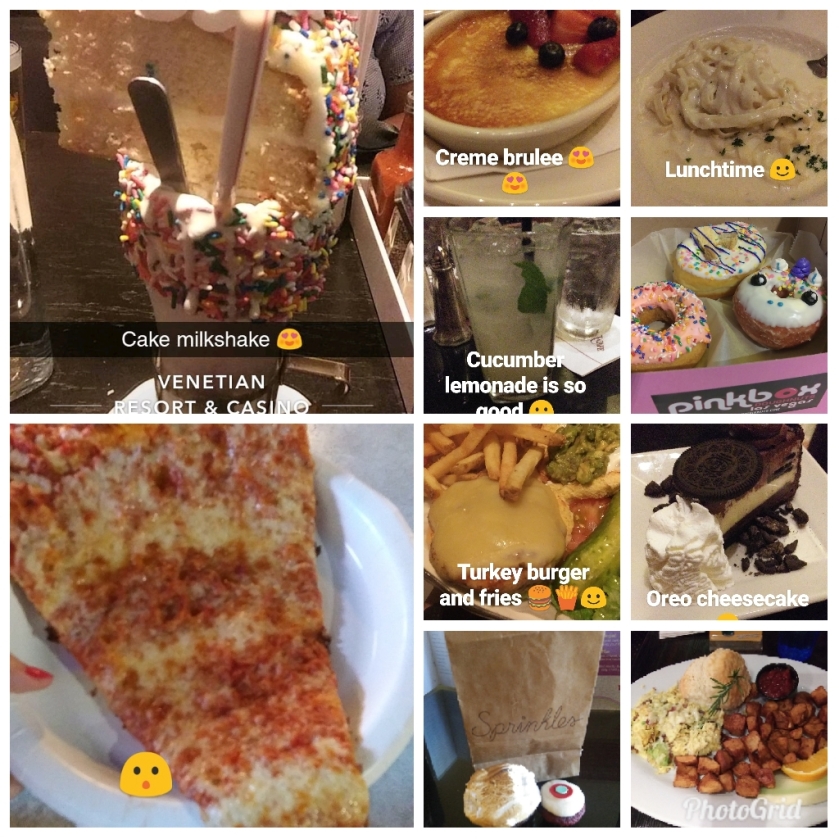 We walked soo much! It ranged from 13,000 steps to 20,000 steps! That was my form of exercise. The first day was tough. We were mostly exploring and by the end of the night, my feet and back were killing me!

One thing I wish I could have done was go on the roller coaster at the New York New York hotel. I had so much fun when I went on it last time, but unfortunately, I wasn’t able to get on it. Oh well, maybe next time.

This Las Vegas trip will be my last trip for at least the next six months. I was originally supposed to go to Orlando again in November, but I had to cancel that trip due to unexpected circumstances.

One thought on “Las Vegas Trip”