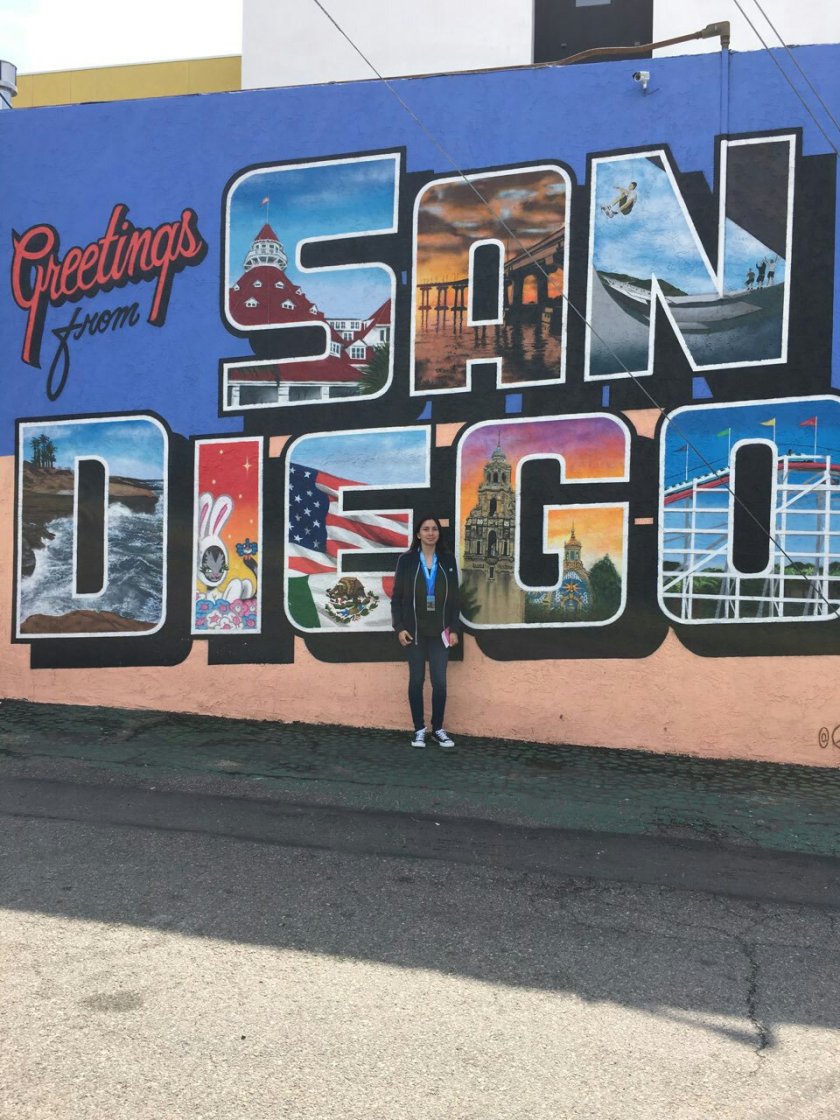 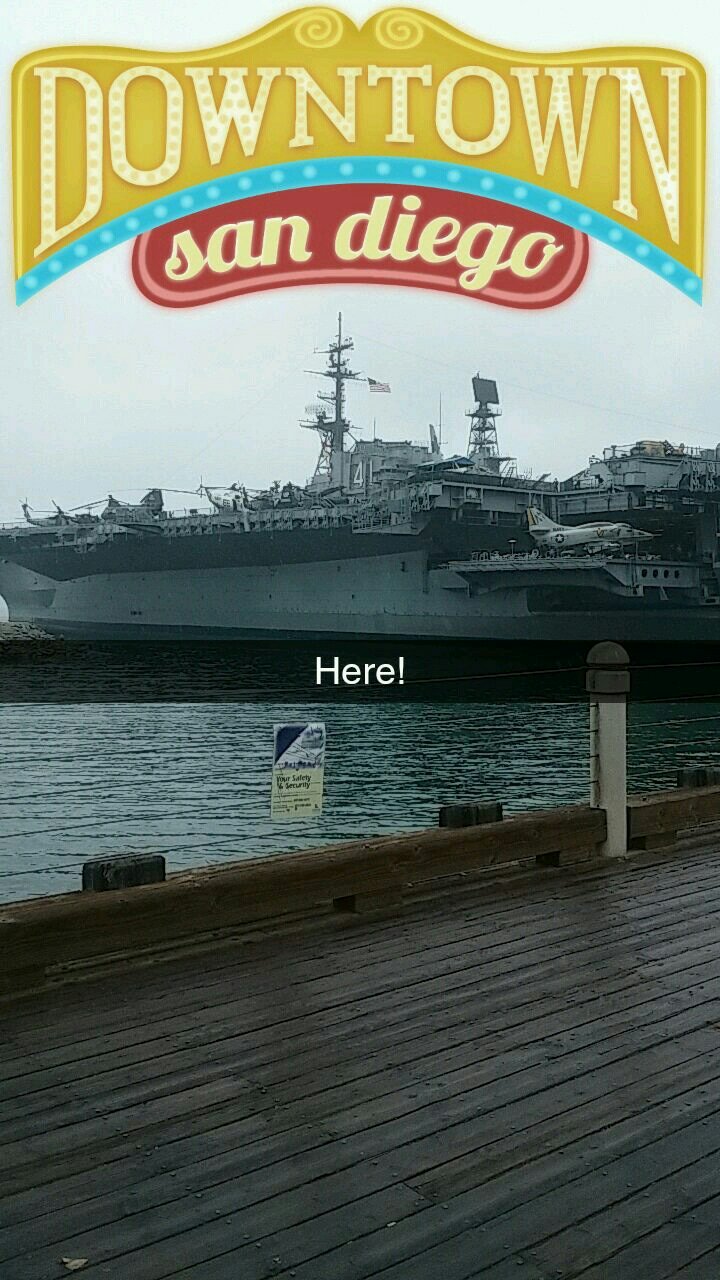 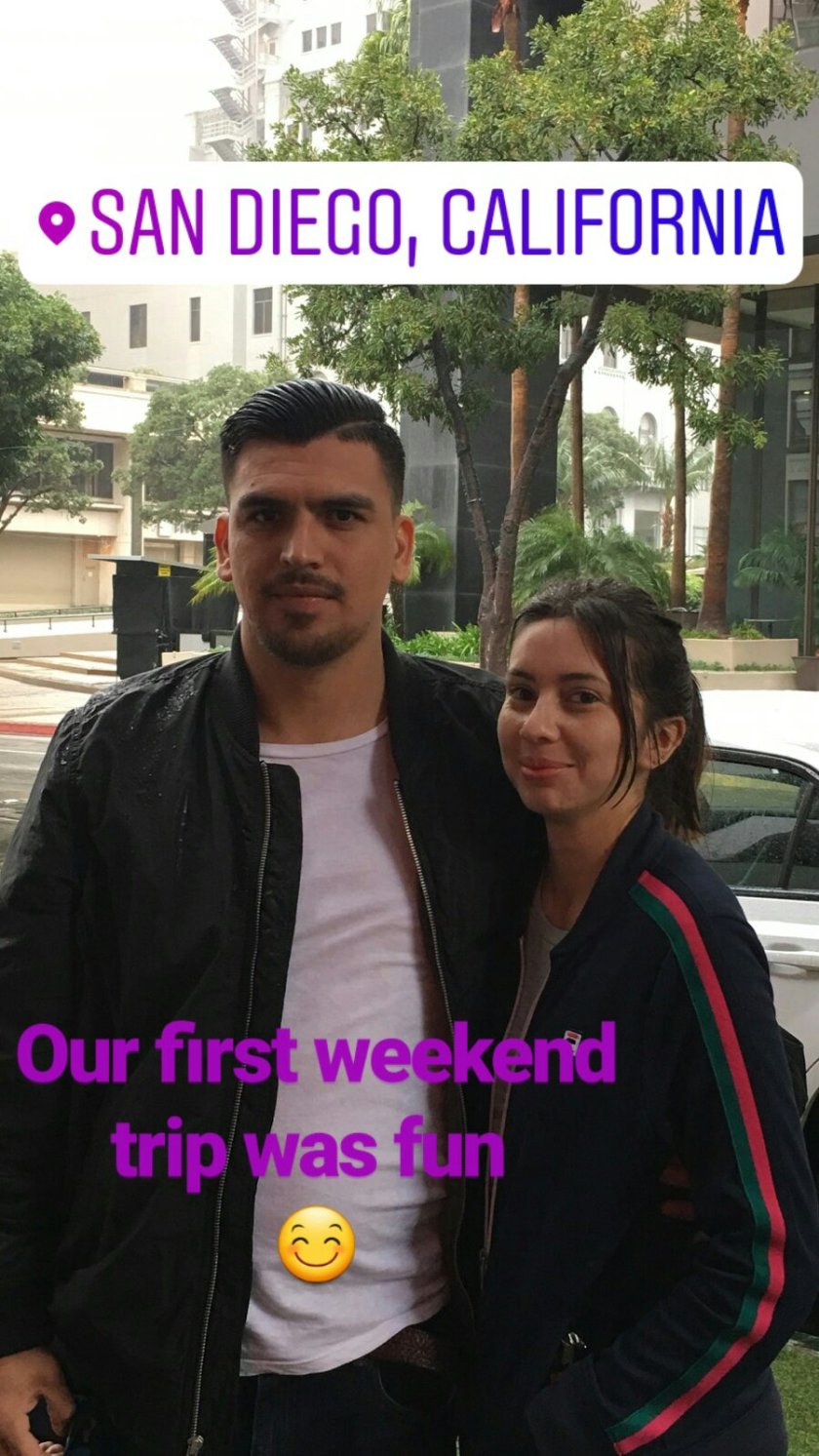 We left on Saturday morning. It took us about two and a half hours to get there. It rained the entire first day that we were there. However, we did not let that ruin our day. I went to the expo to pick up my bib and shirt for the race. After that, we went to go eat. Our friend took us to a pizza place. Since I wasn’t eating any meat at that time, I decided to get a pizza that had artichoke, tomatoes, and jalapenos on them. This was my first time tasting jalapenos and it was better than expected.

Later on, we went to the Donut Bar. We got there around 430pm and unfortunately it was closed. They opened at 5pm, so we decided to just wait until it opened. The donuts were worth the wait! I bought myself four donuts and ate two that same day and two the next day. My favorite was the strawberry shortcake donut and the Harry Potter butterbeer donut. 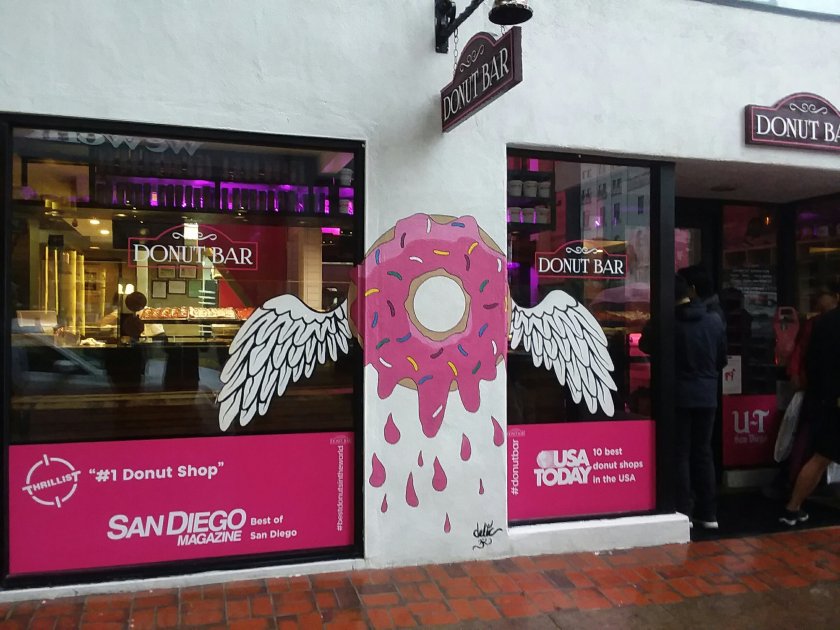 We went to Coronado Beach, but it was still raining too much and way too cold, so we ended up going back to the hotel. My friend slept over at his family’s house, but my boyfriend and I stayed in Downtown San Diego. When we checked into our hotel, we were shocked to see that it was actually a hostel. Even more shocking, it looked nice. We got a private room, it was small but cozy. In the hostel, they had a kitchen, laundry room, and even a small library! There were many paintings on the hallways from local artists. The only thing missing was a tv in the room. 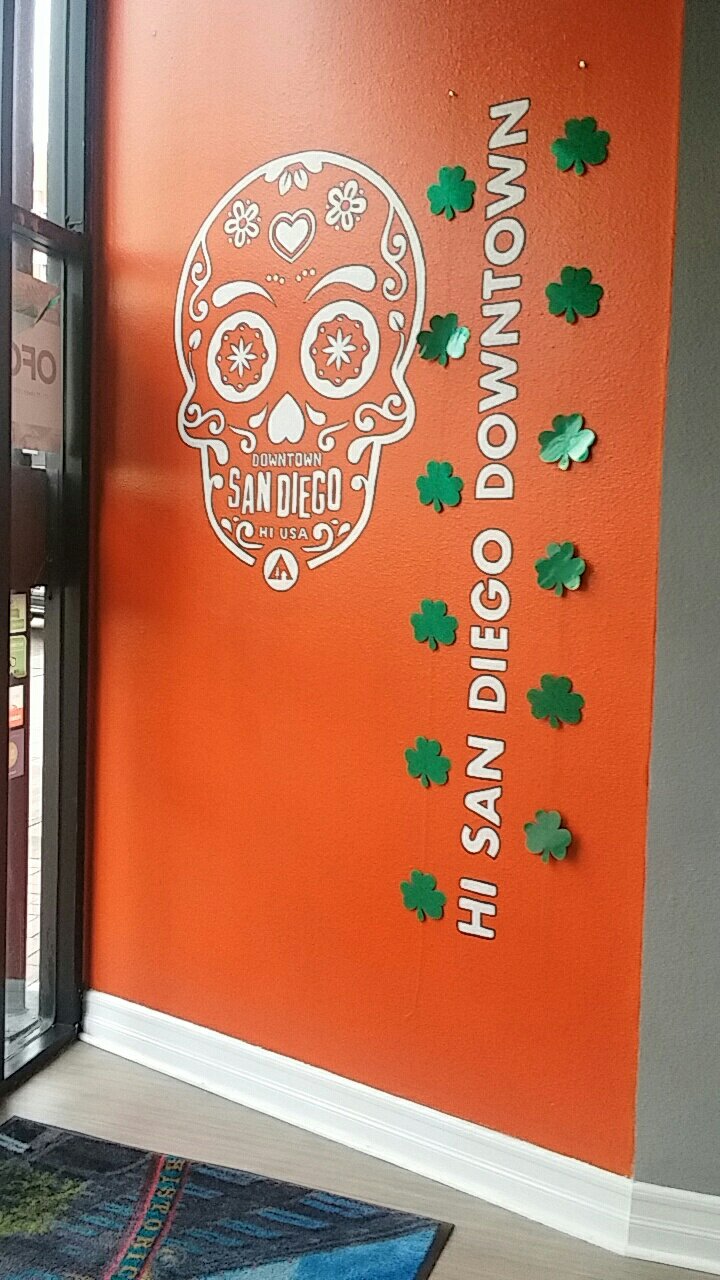 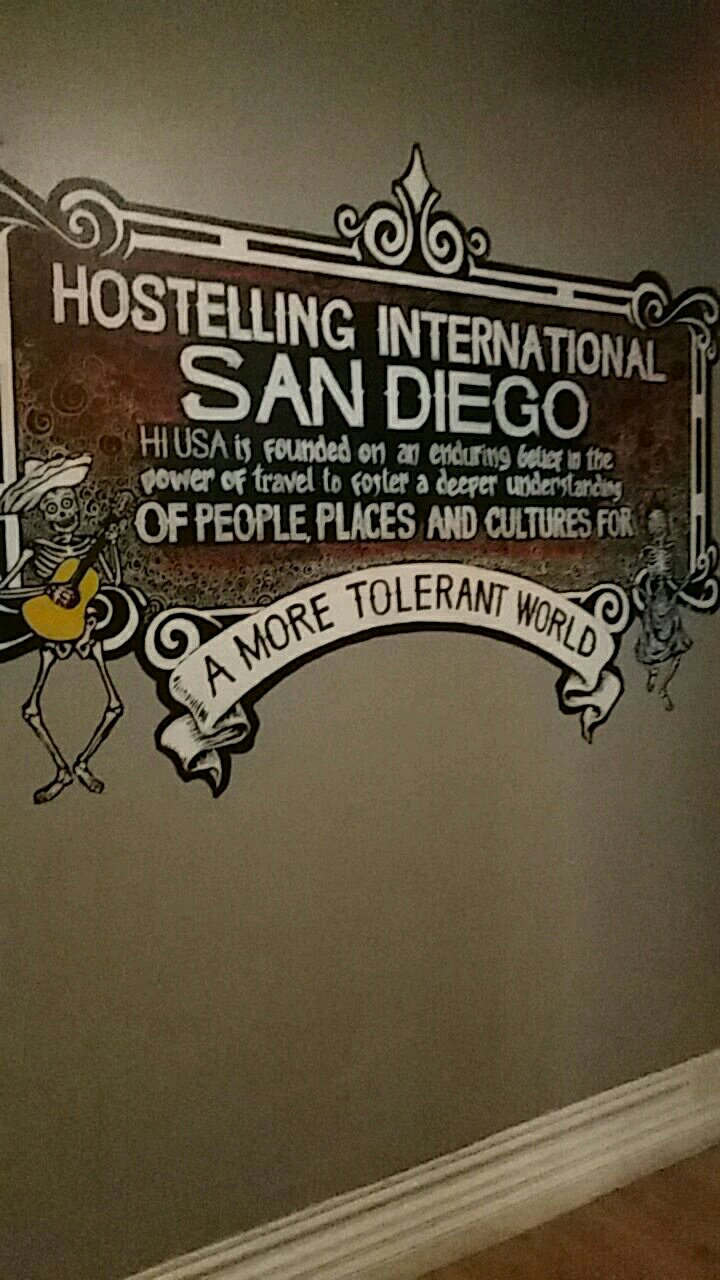 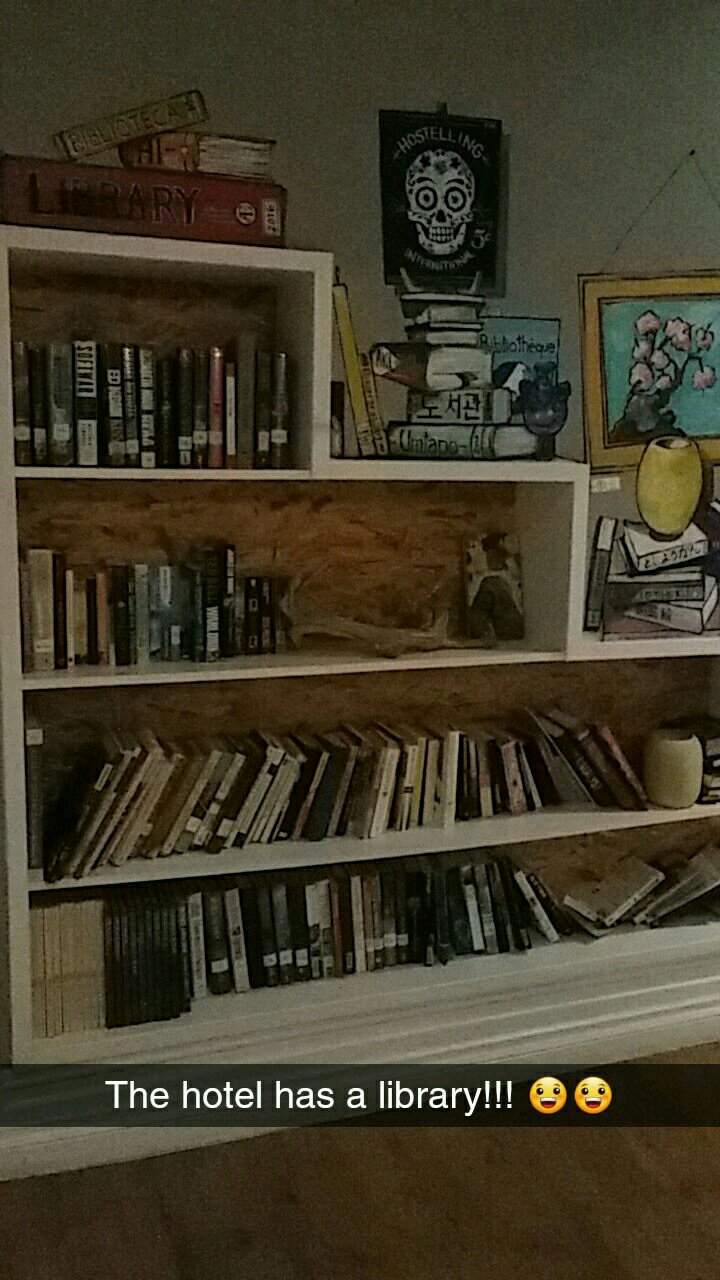 For dinner, we walked to a Mexican food place accross the street from Petco Park. It was really good. I just wish I had been able to try their food with shrimp.

I woke up Sunday around 630am for my half marathon. I didn’t plan to PR this race since I had the LA Marathon the following week. My goal was to run the half marathon in 2:30 hours. I ended up finishing in about 2:15 hours. Not bad, considering I had been dealing with calf pain and knee pain during my runs. The course was really nice. For the most part it was flat. I think it was around mile 9 or mile 10 that we hit some hills. They were a bit challenging, so I ended up walking most of it, which hurt my time a little bit. This was the first time my boyfriend had ever gone to one of my races and seeing him near the finish line was really special for me.

For lunch, we went to Lucha Libre Taco Shop, which I had seen on the Travel Channel before and it was on my bucket list. They are known for their massive burritos. You can find burritos all over San Diego, some with french fries, some that are surf and turf, but Lucha Libre’s burritos are some of the best. I got a burrito with black beans, French fries, avocado, and sour cream. I also got a cup of esquite, which is corn in a cup with mayo, chili, and Mexican cheese. My boyfriend got a burrito with carne asada and he loved it. Next time we go back to San Diego, I am definitely going back there again.

We went to Balboa Park and walked around. We didn’t visit the San Diego Zoo this time, we just didn’t have enough time. However, we got to enjoy a lot of other things. Then we drove home.

I enjoyed my weekend in San Diego and we are making plans to go back soon. I just hope next time we go back it isn’t raining and that we can enjoy the beach.